Those of you who have been with me a long time know that I used to blog a lot. Like, a lot a lot. And I’ve written before (also here) about how or why I just sort of tapered off. I think it boils down to two things: circumstances, and dreams.

The dreams part I’ll talk about next week. The circumstances part I think has to do with seasons of life. When your kids get to be teenagers, they’re just busy. And it was (and still is) important to me to be there for them during that season. “Being there” for teenagers looks a little different than what it looks like for littles.

Sometimes it means knowing when not to be there.

Sometimes it means waiting around all hours for your moment to be there.

Sometimes it means making those moments, like in the car on the way to the dentist, or bribing them with a trip to the drive-in for ice cream. Because car time is the best talking time. They can’t get away from you.

And you think your sleepless nights are over when your babies start sleeping through the night? They are, for a while. And then your babies get drivers licenses and boyfriends and curfews and there you are, not sleeping again.

For me it’s also meant attending a lot of volleyball/softball/football/basketball/baseball games, wrestling meets, track meets, band and chorus concerts, 4-H functions, etc. And I love (almost) every minute of it. My kids have never made me feel like I’m a bad parent if I’m not there, they understand when I can’t be, but I also know that they appreciate it when I am.

And so we cut back on some things around the farm. Some by choice, some by circumstance.

Which meant less to write about.

The other thing about teenagers is that they generally don’t like you blogging about them anymore, and I’ve tried to respect that.

Which meant less to write about.

Those of you who follow me on Instagram and/or Facebook may have seen this picture from a couple of weeks ago of Madeline helping us move chickens to pasture when she got home from college for the summer: 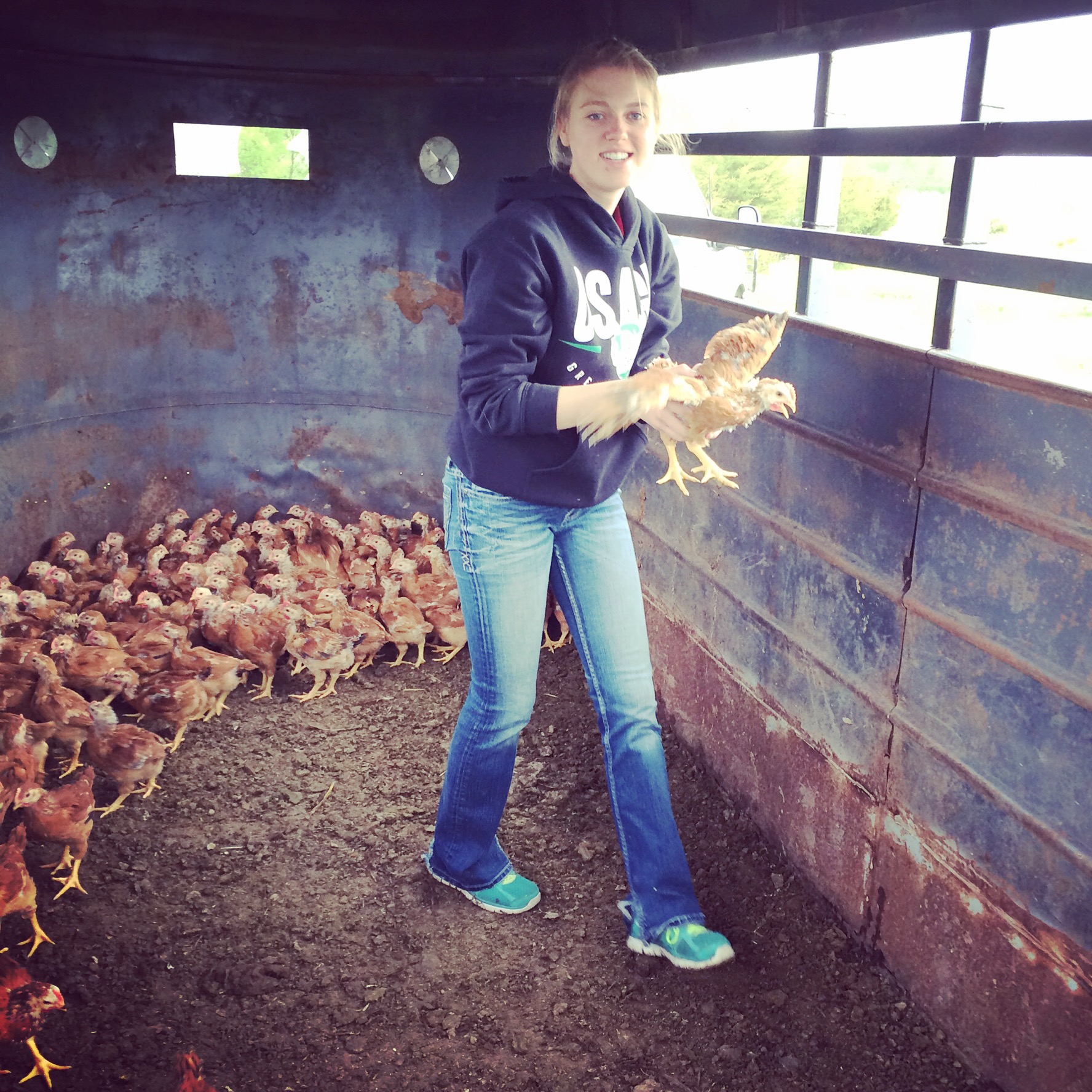 which led to this conversation…

Madeline: People are going to think you don’t even have kids anymore, just dogs and chickens.

Me: Well, once you guys got to be teenagers you didn’t really like to be blogged about anymore.

Liv: Right, have you ever googled yourself? I don’t recommend it.

Madeline: Good point. I did once and what came up was a dance picture of me from the blog when I was about 9 years old and looked like I hadn’t eaten in several weeks. It was awful! But now I’m in college. I give you permission to blog about me all you want.

So, to catch you all up… Madeline graduated high school, just finished up her sophomore year at Iowa State, is majoring in Child & Family Services and minoring in Financial Counseling.

Stay tuned for more, I guess. Apparently blogs, and teenagers, are cyclical.

Titus on the job, Part 1

Titus on the job, Part 2

This entry was posted in Stories, Uncategorized. Bookmark the permalink.