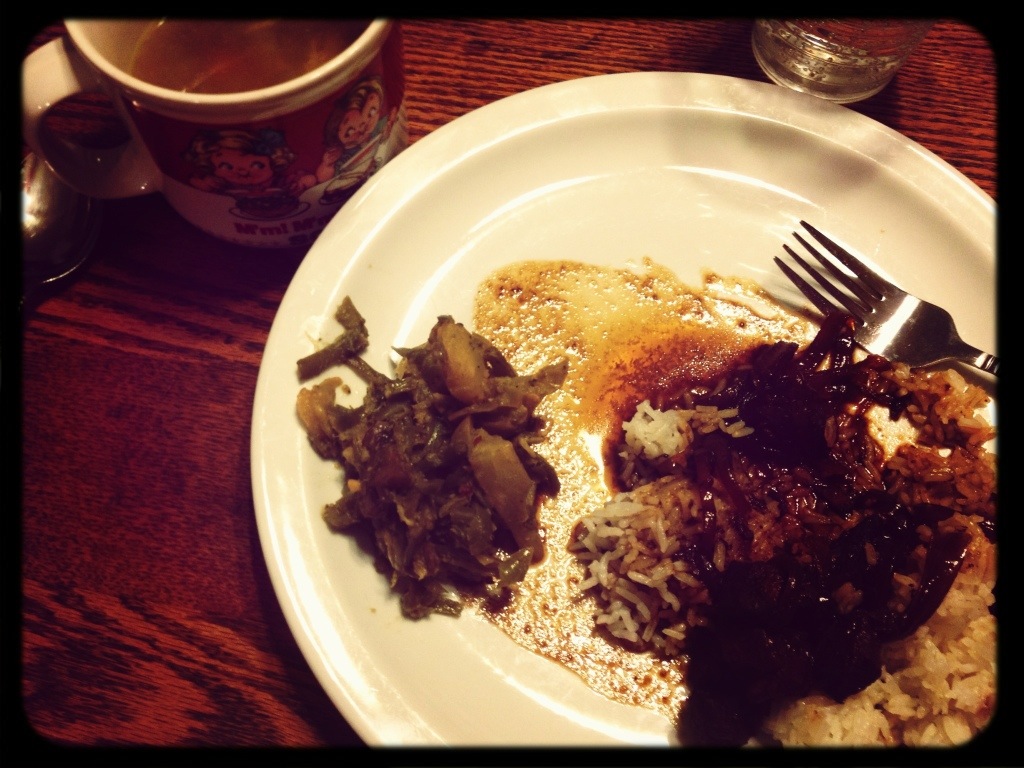 Mongolian beef – this maybe doesn’t look particularly appetizing but trust me, it’s just the picture not doing it justice because it was delish!

The first recipe was from the Country Cook website. I won’t repeat it, you can check it out here:

I did use beef stew meat instead of beef tips, and the family loved it! I also doubled the recipe – we love leftovers! We ate it over mashed potatoes, yummy! If you’d like to avoid canned soup, see my post here on how to make your own. Very quick and easy, without the extra preservatives! I also make my own onion soup mix using this recipe – just mix up a big batch of it and keep in a ziplock bag.

The second recipe was from the Who Needs a Cape website. Again, I’ll just give you the link to check out:

I would have doubled this recipe, too, but I only had the exact amount of hoisin sauce the recipe called for. Next time I’ll definitely double it, because everyone loved this one, too! Matt made a really awesome Chinese soup to go with it, something he makes that’s similar to egg drop soup but with lots of veggies.

I followed the recipe exactly except that I didn’t freeze it first. I just dumped it all in the crockpot, gave it good stir, and let the crockpot do all the heavy lifting! This recipe I do think I’d try a different cut with next time, perhaps sirloin steak or a cubed sirloin tip roast. Or maybe if I didn’t cut the stew meat pieces into smaller pieces it would have been better. The meat seemed a tad overcooked in this recipe after only 5 hours. In the gravy recipe I left the pieces whole and they were perfect.

Since it appears I’m batting a thousand this week, I think I should quit while I’m ahead and not cook the rest of the week. No?